For two weeks in 2015, the Federal Bureau of Investigation was actively aiding and abetting the distribution of child pornography from a server it maintained from the end of February to the beginning of March 2015. The site was called “Playpen, and it is estimated that 215,000 persons were given access to 23,000 still images and videos on the site, including 9,000 directly provided by the FBI. The children on these child pornography images were as young as five years old.

Here is the link to the story just out in a 21 January 2016 edition of USA Today newspaper.

This is well beyond the tactics of the FBI in the past. In the early 2000s, the FBI ran an operation called Site Key after a woman in the Midwest, searching for Asian Spices, ended up being directed to child pornography. That led to a seizure of an internet server in Fort Worth, Texas that identified over 30,000 person in the US and overseas who accessed child pornography from that server. In both cases, Site Key and now operation Playpen this year, there were too many suspects for the FBI to easily interview and seek indictments for the possession and transmission of child pornography. 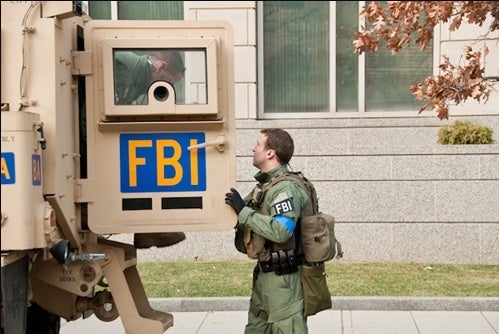 In the current Playpen operation, there are 215,000 persons as potential suspects!

So, this was, and is, the law enforcement solution: the agents investigated the registration information of all of the users in the Site Key case. They then conducted “knock and talks”, that is, they would go to the address listed for a suspected trafficker in child pornography. Of course, some would be incorrect leads, but if they got to a residence on the list, the agents would ask the occupant if they could speak with the occupant.

There were no warrants; this was solely interview by consent. If the occupant refused or did not cooperate, that was the end; the case was closed. But if the occupant made an inculpatory statement and voluntarily handed over his (or her) computer and/or electronic storage media, the FBI would then work to make that case.

The bottom line, as in most criminal prosecutions, it is the suspect who is his own biggest enemy. Once again, the advice to remain silent, to only supply evidence if presented with a warrant, and to always seek legal counsel first is demonstrated by both of these investigations. Never go it alone; always seek the advice of a lawyer experienced in these matters.