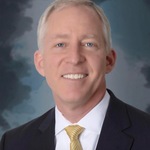 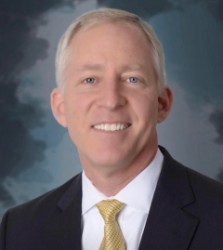 Allen Chandler, Jr., is a retired United States Army Lawyer (Judge Advocate) and Lieutenant Colonel (LTC), and has been in the practice of criminal and military law since 1984. His first jury trials were tried in the Republic of Korea, the Republic of Germany, and in the deserts of Saudi Arabia, Iraq and Kuwait during operations Desert Shield and Desert Storm. He has been both a defense attorney with Trial Defense Services (TDS) and prosecutor (Trial Counsel) on several assignments. He was a Regional Defense Counsel for the largest of the 8 regions (Alaska, Hawaii, and the West Coast); Chief of Criminal Law in Korea (for 8th US Army and USFK); Deputy Director of the Defense Appellate Division (DAD); and ended his Government service as the Deputy Director of Criminal Law for the Army; briefing the media, Army Generals and members of Congress on significant military cases and changes in the law (including Abu Gharib and Guantanamo Bay).

Also in his more than 20 year military career, he was in charge of Claims at Fort Carson, Colorado (where he handled personnel and tort claims against the Army); Director of Foreign Claims at Fort Meade, Maryland (where he handled all claims against the United States Army world-wide and medical claims in the United States under the Military Claims Act, Foreign Claims Act, and Federal Tort Claims Act); and Director of the Implementation Force (IFOR) Claims office in Sarajevo, Bosnia-Herzegovina (where he created the office and negotiated claims with 4 host countries and the 17 countries in IFOR).

After leaving the military, Attorney Chandler took the California Bar Exam and practiced Real Estate Law in California before returning to Texas to become an Assistant District Attorney with Dallas County (trying cases from theft to murder).

He is currently Of Counsel with the Law Office of Patrick J. McLain, PLLC, which is headquartered in Dallas, Texas where he represents Federal Workers (including military) denied claims and clearances, as well as Federal Workers at courts and boards throughout the United States. Mr. Chandler has handled expertly handled thousands of cases and represented and prosecuted virtually every crime imaginable. Attorney Chandler also has a separate criminal defense practice in Texas as well.

Worldwide Military Law Firm. Put Experience on Your Side.