At the law office of experienced military law attorney Patrick J. McLain, we represent servicemen and women worldwide in nonjudicial punishment (NJP) and misconduct matters, known in the various branches of service as Captain's or Admiral's Mast, Office Hours, or Article 15.

Wherever in the world you are stationed, in the United States, Japan, Germany, Iraq, or Afghanistan, we have the experience and dedication to offer you sound legal advice and the independent representation you need to make the right decision about whether to accept nonjudicial punishment or to fight for your rights and your career.

If you're facing an Article 15 hearing, contact an experienced NJP lawyer who can explain your rights and help you decide which course to take.

Just because you are offered NJP does not mean you have to accept it! In many cases you will have a more favorable outcome if you instead demand to be heard before an independent court martial.

Nonjudicial punishment is reserved for low-level offenses that are not serious enough to warrant a court martial. Nonjudicial punishment, abbreviated NJP, is the power granted to military commanders under Article 15 UCMJ to resolve allegations considered minor against a member of the armed forces in an administrative setting rather than in a court martial; that is non-judicially.

NJP goes under many different names; Article 15 (Army and Air Force), Captain's or Admiral's Mast (Navy and Coast Guard), or Office Hours (Marine Corps). The decision to pursue nonjudicial punishment against an individual is at the sole discretion of a military member's commander, and though a superior commander can take away a subordinate commander's power to impose NJP in all cases, he or she cannot do so in a specific case.

Most significant, the decision to accept punishment under Article 15 rests solely with the accused military member (except in the case of a member attached to, or embarked on, a vessel).

Members are afforded the right to counsel at all courts-martial, either assigned and/or of their own choosing, and present evidence in their defense. They are allowed to have a defense attorney appointed to them or hire a private military defense lawyer for NJP cases like myself.

Typical punishments for a guilty finding under Article 15 include:

Depending on the nature of the allegation against a member (such as a positive urinalysis), a guilty finding at Article 15 can initiate separation proceedings. Therefore, it is important to consider the potential consequences of accepting or declining NJP.

Members of the armed forces have the right to consult with an attorney prior to making any decision on accepting NJP or demanding trial by court-martial. Do not sign any documents until after you have received that legal counsel and have considered the possible ramifications of accepting punishment. Never waive any right that you are afforded; that right is there to protect you.

INDEPENDENT REPRESENTATION TO HELP YOU FIGHT FOR YOUR FUTURE

Our clients are hard chargers. They understand the long-term impact of an adverse entry like NJP on their permanent military record. Soldiers, Sailors, Airmen and Marines who are willing to fight for their careers both in and out of the military would do well to consult an experienced civilian military law attorney.

Patrick J. McLain is an experienced and independent advocate for your rights. He knows the system, but is not beholden to it. His focus in nonjudicial punishment matters is making certain that your rights are fully understood and respected.

Before you bow to pressure and accept nonjudicial punishment, consider what your military career and future civilian opportunities are worth. If you value your future enough to fight for it, then Patrick J. McLain is the lawyer you want fighting by your side. 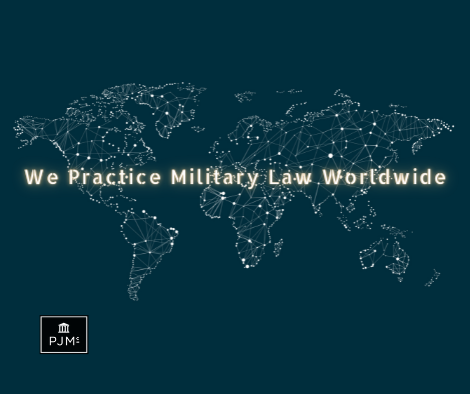